Fix your breathing first: How Diastasis Recti is affected by breathing

Taking a deep breath can be difficult when you are pregnant. The large pregnant belly is simply in the way of optimal breathing especially towards the end of the 3rd trimester. This was definitely the case for Maria (mother of 4) when she was pregnant with the triplets.

6 weeks after the triplets were born last year I started helping Maria rehabbing her core muscles. And Maria’s breath was our very first stop on the path to a strong, well-functioning core.

Needless to say, the pregnancy put Maria’s abdominal muscles under enormous pressure. But it wasn’t just Maria’s stomach that was affected. Maria’s breathing and posture also clearly showed signs of having housed three relatively large babies until 6 weeks ago. 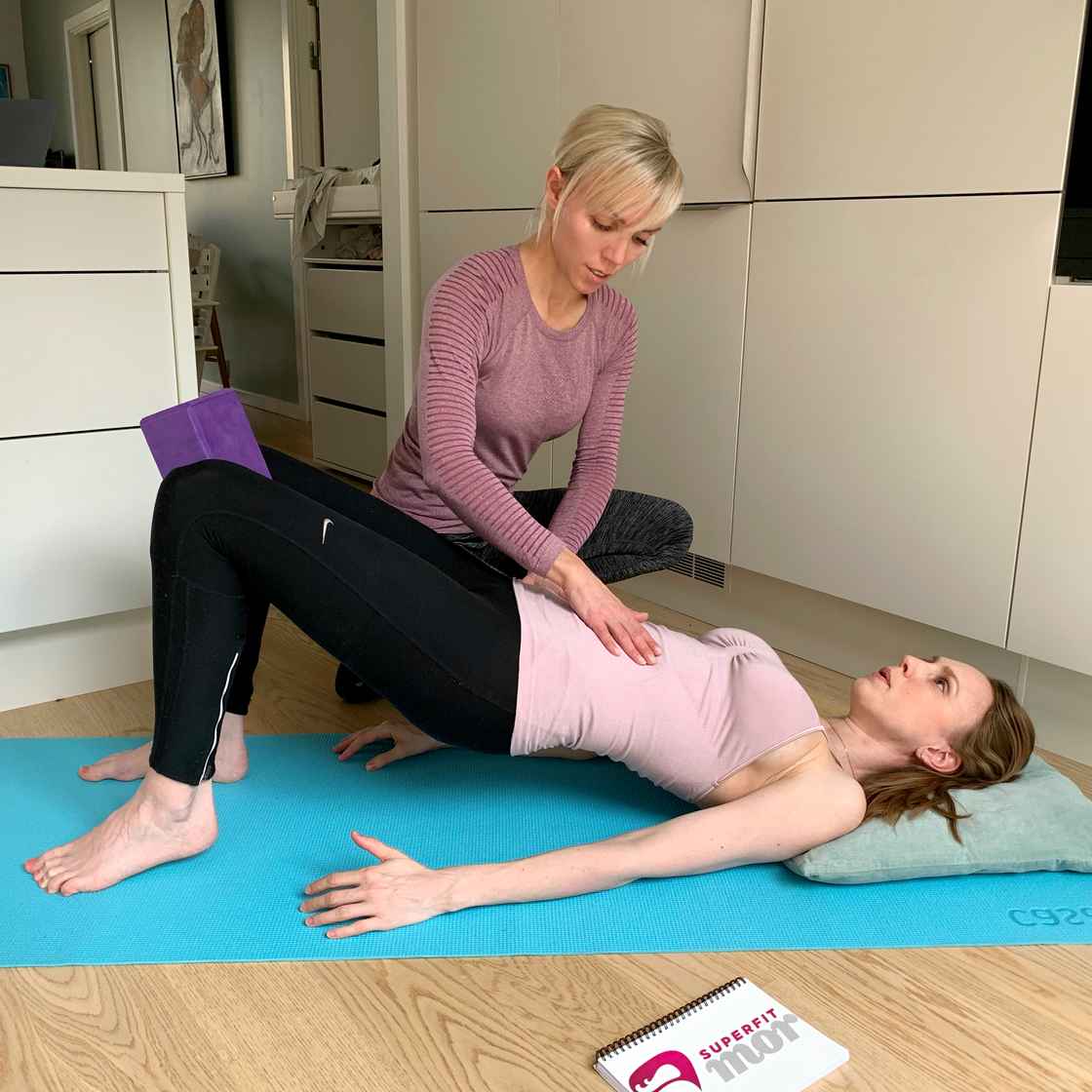 Although there is plenty of room in Maria’s stomach again, she didn’t automatically return to optimal breathing. Her body had accumulated a lot of “bad” habits and compensational strategies during the pregnancy.

Let's start by looking at Maria’s breathing: A good breathing strategy is essential to rehab the core after pregnancy.

The three babies took up all space in Maria’s stomach, which meant that her diaphragm, her respiratory muscle, did not have much room to move down the abdominal cavity when she inhaled. This meant that Maria’s breathing became more superficial during pregnancy and she was easily short of breath.

Unconscious Maria also started using other muscles to assist her breathing. It affected her posture, which in turn led to sore muscles in her back, shoulders, and neck.

After the pregnancy Maria’s respiratory muscle was "locked" in it’s shortened position, where she still had difficulty taking a deep breath without simultaneously activating other, non-optimal muscles, that aren’t supposed to be used for simply taking a breath. 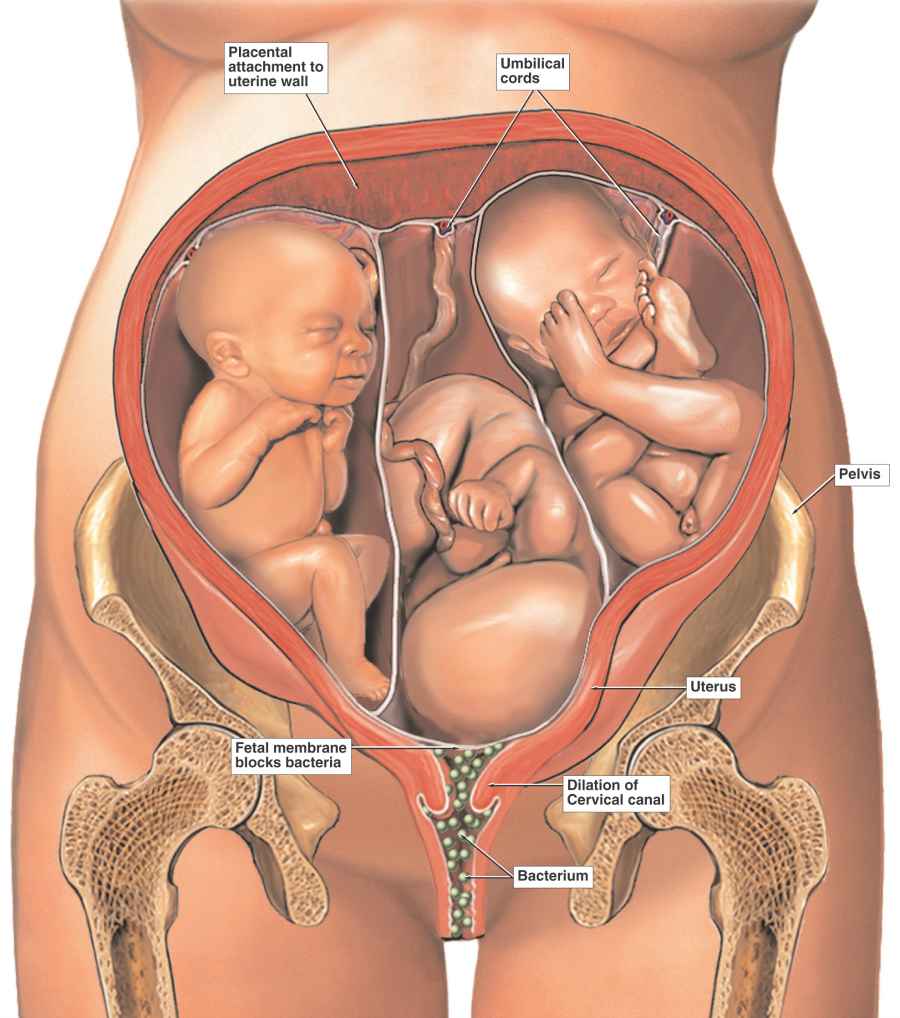 Everything in the body’s core is connected: abdominal muscles, pelvic floor, connective tissue, back muscles, posture - and breathing.

All components work together and affect each other. After pregnancy, all parts of the core will continue to be negatively affected to some degree. After a pregnancy with multiples, this will typically apply to an even greater extent.

We cannot properly rehab our abdominal muscles after pregnancy unless we have a good breathing pattern. Therefore, the first thing we needed to work on was – quite simply – Maria’s breathing.

We work with several different breathing exercises that need to be in place before we throw ourselves into other exercises for the abdominals and the rest for the body.

Fortunately, it is the case with the breathing exercises, just as with other exercises, that the more we practice, the faster we fave the way from brain to muscle - and the easier it becomes.

Maria quickly noticed that the breathing exercises she starting out having such a hard time mastering without concentrating 110 % on, felt much more doable and generally easier. 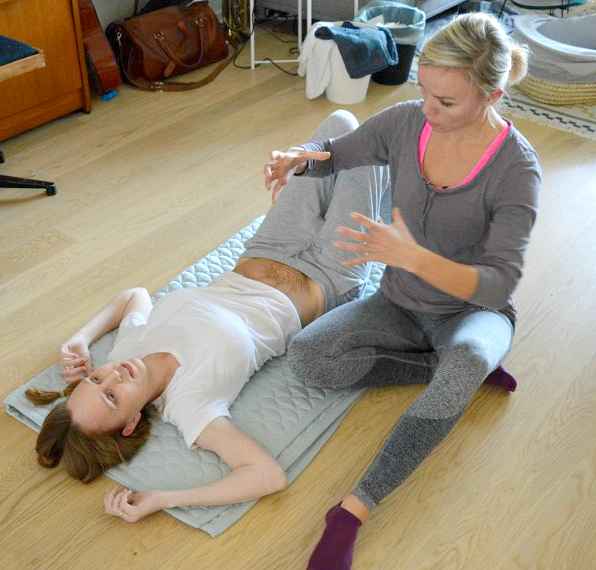 Is your breathing impaired too?

Carrying triplets inside you does not leave much room for taking deep breaths. But in fact, carrying just one baby can be enough to inhibit the breathing of a pregnant woman and mess up the optimal interaction between the core muscles.

Perhaps you also had the feeling that you just couldn’t breathe properly when you were pregnant?

As the baby grows in the womb and takes up more and more space, there is less room for the diaphragm (respiratory muscle) to expand and descend completely when taking a deep breath. It gets harder to breathe deeply and you get out of breath from the slightest load.

This is perfectly normal. But it is important that you try to work with your breathing and your core throughout pregnancy. Not least because it provides much better conditions to rehab your core once the baby has arrived.

Out of breath from early in the pregnancy?

Early in pregnancy many women also experience shortness of breath huffing and puffing from even very modest physical activity. But at this point in the pregnancy it has to do with the circuit.

In the first trimester, major changes happen with your body’s circulatory system. The woman’s body is getting ready to provide enough blood and oxygen to mother and baby both at rest and during activity.

Blood volume increases significantly (by 40-45%) during the first trimester and the woman’s heart rate increases.

It takes some time before enough new red blood cells (which carry oxygen to every part of the body) are formed to match the increased blood volume. Therefore, physical activity that used to be a piece of cake, like walking up a flight of stairs, will suddenly cause you to become out of breath.

This evens out again in the 2nd trimester until baby starts to take up so much space that there is no room for the deep breaths anymore - and that's why you are out of breath toward the end of the pregnancy!

Until mid-pregnancy, blood pressure is also lower than usual, which can make you feel dizzy, lightheaded or perhaps even faint, if you get up too quickly. 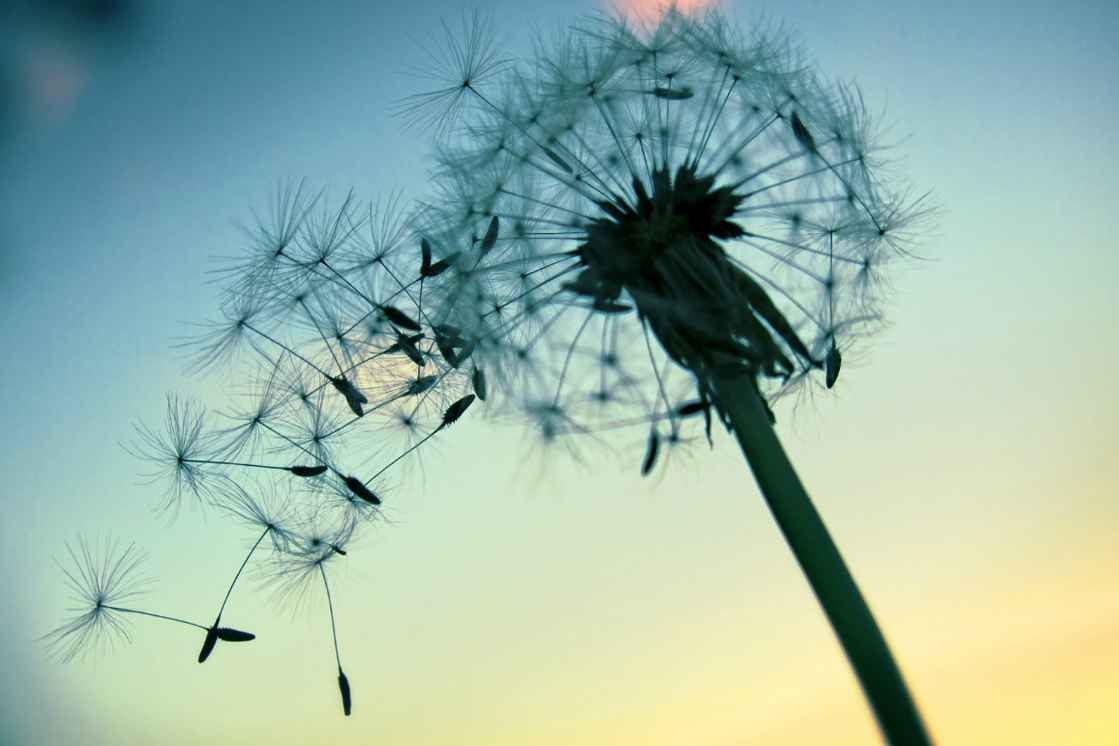 Others are reading: Fix my diastasis, please

Others are watching: Wag the tail for a smaller waist (VIDEO)