Don't wreck your abs after pregnancy 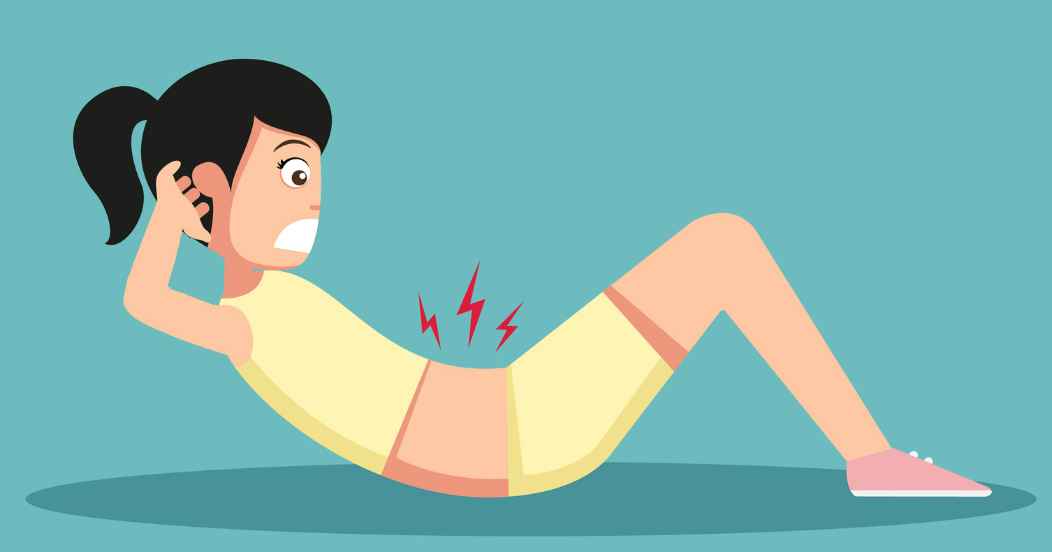 "I do 100 crunches every night! I do planks for several minutes! Now I’ve found out that this has actually made my bulging tummy worse! Help!! "

She has tears in her eyes.

She is afraid she can never get a nice looking stomach again!

Her desperation is heartbreaking.

She has done everything she thought was right in order to get her abs back into shape after giving birth. But she didn’t know that the abdominal muscles do not TOLERATE traditional ab exercises like sit ups and crunches after pregnancy.

Crunches do more harm than good

Now it turns out that all her strenuous ab workouts were a waste of time and effort. And not only that: Her abdominal muscles are still separated, her back hurts and is in acute risk of injury and – worst of all if she’s being honest – she still looks pregnant.

A scenario like this is reality for many of the women I work with as a Superfit Mom personal trainer.

It is often active female athletes, who are used to lots of exercise and have control over their bodies. But their good intentions to reshape their abs after pregnancy – with what they believe are correct exercises – do in fact matter much worse.

I can easily understand their desperation. Because after my first pregnancy 9 years ago I was in the exact same situation.

I was working my abdominal muscles all wrong (or to be more precise, I exercised my abs exactly like I had always done with plenty of traditional crunches, planks and sit ups), because I did not know better.

In this way, I unknowingly "maintained" a sizeable Diastasis Recti and I definitely did not look very fit!

When the connective tissue that runs down the abdominal muscles is weak and stretched from pregnancy, we need to work our core in a different way than simply hitting the floor and going for 100 military style sit ups.

We need to retrain the entire core as well as the connection between the brain and the core muscles for the core to function normally again – and to take the load off the weak connective tissue.

If we do not do that, the old school ab work will create too much intraabdominal pressure that will push out and worsen the situation.

My own diastasis story led to the solution

Luckily I discovered how to exercise the abdominal muscles CORRECTLY after pregnancy.

After a lot of research, creative development and tests I developed the exercises, which later became the my online abdominal exercise program, Superfit Core.

My Diastasis Recti healed completely and my tummy became flatter than ever. And this despite the fact that I had worked my butt off for over 2 decades (gasp!) doing and teaching all sorts of fancy ab exercises for countless training hours. But fortunately we are allowed to become wiser, right?

Within 4 months of the birth of my second childbirth my abdominal separation had closed up completely. All by doing with the right exercises and being aware of my everyday movements and posture.

My own diastasis journey is just one of many that clearly show that it is never too late to save the abdominal muscles from incorrect training!

Exercise correctly & don't give up before hand

But as a personal trainer I also see quite a lot of women who unfortunately have given up completely on improving their abdominals. Either because they believe in the flawed statement that "your abdominal muscles will never be the same after birth" – so why even try?!? Or because they simply are afraid to do it wrong.

I can not stress enough that is not useless to try and get a flat tummy and strong core back after pregnancy! In fact, it can even be more relevant than ever in order to avoid back injury for example.

You need special exercises and techniques to rehab the abdominal muscles after pregnancy so the tummy can be flat again. You also need to maintain a strong core, so your pelvic floor can function as it should.

When it comes to abs: Quality over quantity

The most effective is a holistic and functional approach, which also takes into account how you use your body all the hours of the day you do not spend on your exercise mat. Once you scrap the traditional abdominal exercises in favour of exercises designed specifically tummies after pregnancies, then you will really be able to enjoy the fruit of your effort.

I have worked with thousands of female clients – all mothers – who report that their tummies have never been so flat and strong as now!

Even after multiple pregnancies and separated abdominal muscles. And it is, of course, because they are now finally starting to exercise correctly and efficiently and no longer waste time on abdominal work that just does not work as intended.

Exercise RIGHT and fix your diastasis